When I say that I often know little to nothing about a record that I pull out of the box of Wonder & Mystery I mean it.

And I definitely mean it with this record. 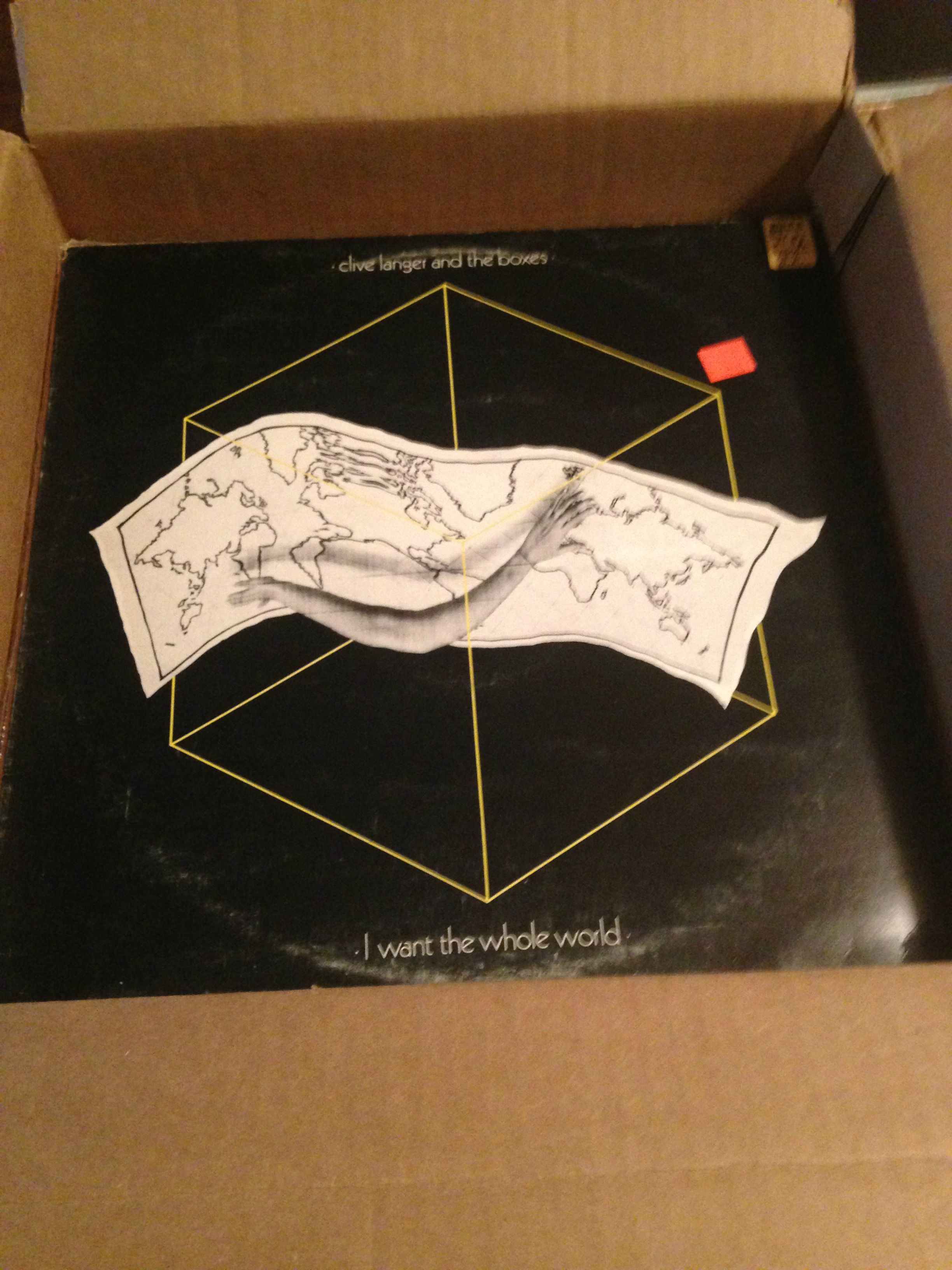 The cover offers little to no clues as to what to expect, and the song titles do not help any either:

I make it a rule that I do No Research on any record that comes out of the box; if I know the artist/band fine, if I know the album fine, if I have heard of them fine. I have had a great many surprises, both good and bad, doing this.

So what is this?

I hope this isn’t some kind of synthpopelectronicdanceemo ear rape that passes itself off as avant garde artistic music that I am not cool enough to like.

So hipster that it is anti-hipster.

45 RPMs later and we get a really great British New Wave EP, I know none of the songs but they are all good. It’s like a New Thing that comes around and suddenly there are all of the knock offs but some end up being Pretty Damn Good.

That is this, Pretty Damn Good.

Apparently our buddy Clive is something of a wonder boy of the British music scene, having been a part of the seminal (and largely unknown in the U.S.) art rock pop punk band Deaf School and having worked with the likes of Elvis Costello, Bush and They Might Be Giants.

So what do I like about this? I like what it isn’t which isn’t overly pop or using too much of an 80s New Wave sound. Clive Langer and The Boxes don’t try and be a New Wave band but are a band that play music and it is considered to be New Wave. They aren’t trying so hard as much as just being This Band. Lemmy of Mötorhead always said, “We are Mötorhead and we play rock n’ roll.” Other people called them Heavy Metal and that is how I see Clive Langer and The Boxes: they play the music and other people label them.

Even if you’ve gone down that Vinyl Rabbit Hole to Wonderland I wouldn’t spend more than a few bucks on this but those few bucks would be well worth it.