The Box of Wonder & Mystery is sometimes short on Wonder and has a whole lot of Mystery; see: Hobo for an example of that. The original idea of the mystery was that there was No Idea what was inside that box when I purchased it from LUNA Music in Broad Ripple, IN but this time I just don’t get it and that is the continuing mystery.

This record went Gold so what do I know other than I am obviously not the target audience for Regina Belle’s Stay with Me. 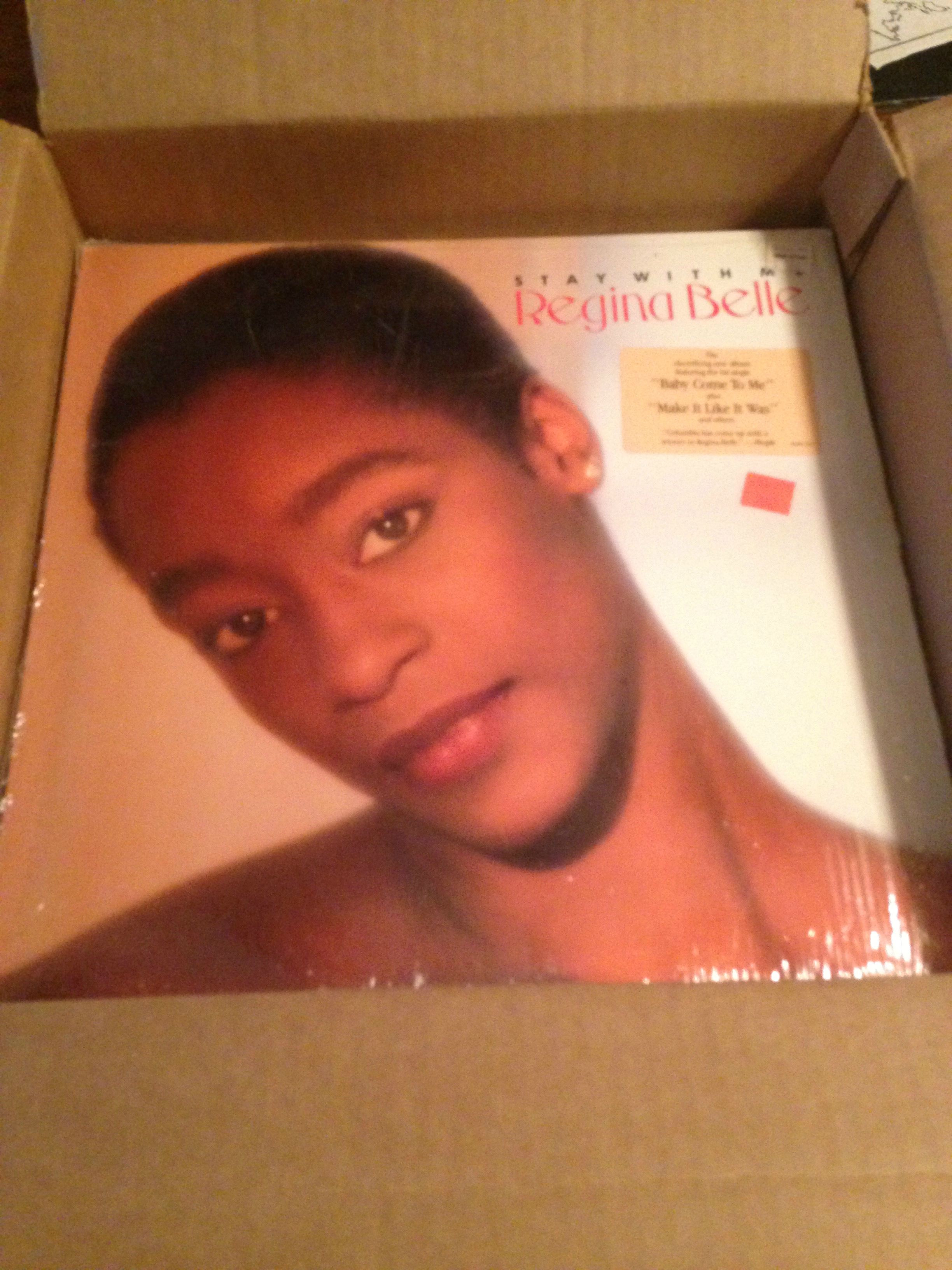 It is pop and R&B and generally everything in my music that I don’t like. It was released in a time, 1989, when I was listening to new music by: Skid Row, Exodus, Warrant, Extreme, Tom Petty, Roy Orbison, Paul McCartney, The B-52s, Alice Cooper, Red Hot Chili Peppers, Motley Crue, Aerosmith, Tears For Fears, and Rush. That is an eclectic mix, dominated by Hard Rock and Heavy Metal and basically Anything Else BUT Regina Belle.

I am not entirely sure that I can give a fair appreciation of this artist or album. What that means is that I have a hypothesis that this album Does Not Suck.

I have no way to test this, to do so I would need another pop/R&B album that Definitely Sucks and one that definitely Does Not, and I have no idea where to start there either. I would need controls also, play all three for someone who likes this stuff and some who does not. Repeat that something like a thousand times and we will have data that we can interpret.

The only Other Thing I know Regina Belle for is the “cover” version of “A Whole New World” from Aladdin as sung with Peabo Bryson. When this album was released that song was in the future and I have it on good authority that I definitely won’t like that, I prefer the original movie version of the song.