This isn’t awful but it isn’t good.

It could be considered an inverse usage of a phrase, it might be “awful good.” 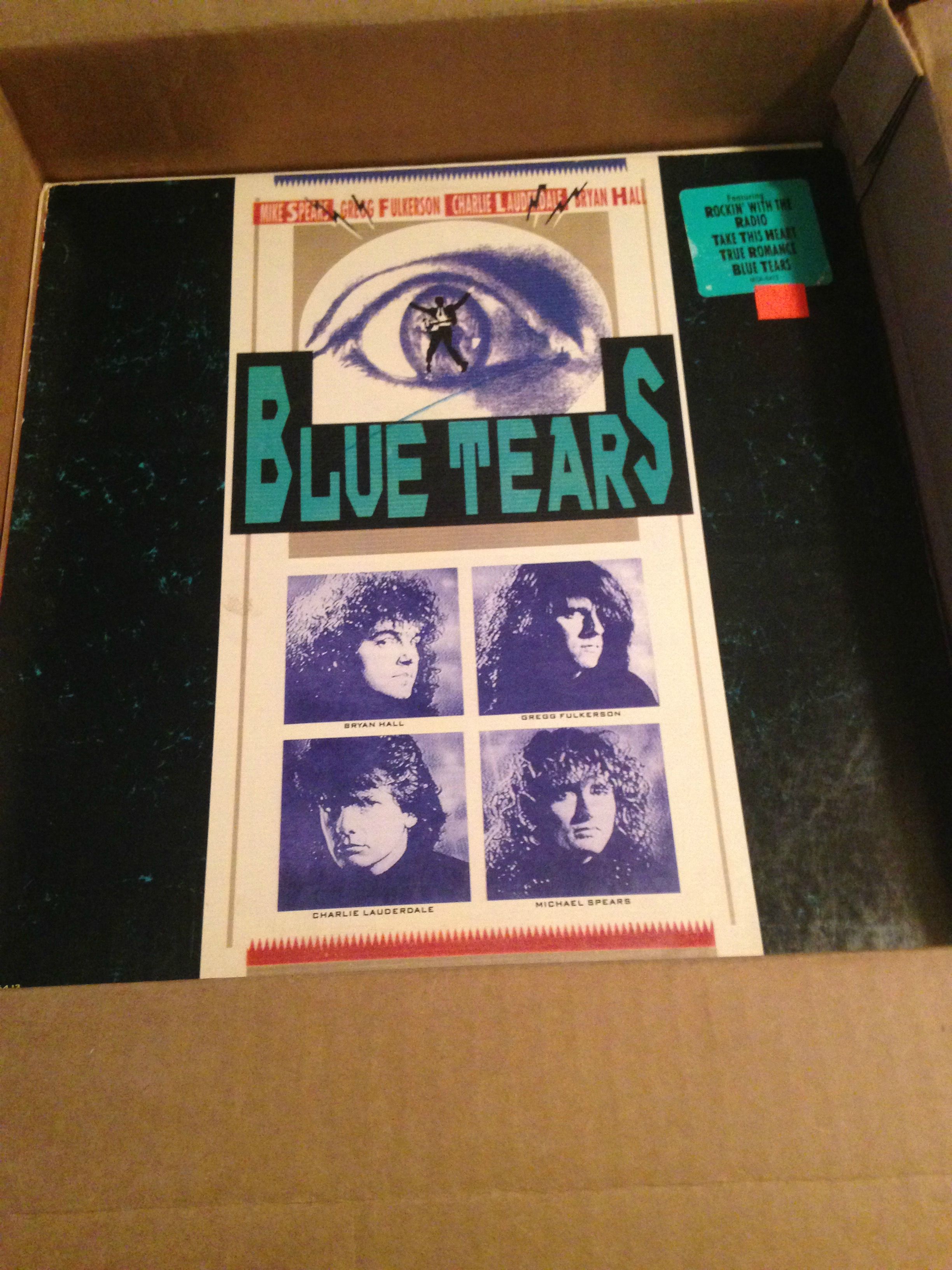 Any time a band has a song on an album named after the band, or the band is named for the song, it should be avoided entirely.

An exception to this rule is the song “Iron Maiden” by Iron Maiden. That song wasn’t even written by the band with Bruce Dickinson so the hypothesis still has some merit.

I digress and my point is moot.

Blue Tears could have been a Bon Jovi cover band only Bon Jovi never had, to my knowledge and I am not looking it up, a song titled “Blue Tears.” However, some possible suggestions:

Bad Medicine or Homebound Train (both off of New Jersey)

Bed of Roses (Keep the Faith)

My vote is for Bob Jovi, the hardest working Bon Jovi tribute band in rock ‘n roll who can also frame in a door for you.

This album might have had more success if it were released at any other time other than 1990 but maybe not. Grunge may or may not have been the death knell for this band like it was for most “Hair Metal,” but I say Hair Metal is what did Hair Metal in.

These were bands more endemic of where music was going at that time: Faith No More and Red Hot Chili Peppers had The Real Thing and Mother’s Milk respectively and were about where rock ‘n roll was headed. Nirvana released Bleach which didn’t make much impression in the U.S. but there it is. Hip-Hop was exploding with Public Enemy and N.W.A. Pantera released Cowboys From Hell and it became a rallying cry for metal purists.

There was a lot of More Of The Same and even bands like AC/DC can only make that work for so long. Then again, I thought Black Ice was excellent and I am not a big Brian Johnson fan. Nothing personal, I just miss Bon Scott.

What Blue Tears did was More Of The Same and that was already past the expiration date. It’s too bad as this album, before it curdled, wasn’t bad. When this style of rock was really Top 40 Radio popular (back when there was Top 40 radio) it was being played the hell out of except it wasn’t Blue Tears.

It was Bon Jovi.