I have been working on a great many things right now, a lot of gaming stuff mostly and no art. I haven’t done as much as a sketch card, not that I haven’t been Arting in some way, I have been painting a lot of tabletop miniatures over the last few weeks:

I love Battletech, that and HeroClix are the only tabletop mini games that I play because that’s it, that’s why. I don’t play HeroClix all that much and I homebrew it a bit to make it move faster when I do.  Also, I am cheap and don’t buy bricks of the stuff but wait to find a box on Clearance. I also just purchased the Battletech Alpha Strike rules which seem to whittle down some of the fiddly bits to make it run a little faster.

Using Pathfinder rules I got a group going and we started a dungeon crawl through The Emerald Spire superdungeon. We might get to level six and be like,”Ok, that’s enough of that.” However it can be a bit of pride, like Homer Simpson saying, “I can’t believe I ate the whole thing.” So who knows?

I have been working my way through a massive re-watch of all things Star Trek while listening along with the Mission Log Podcast, which is hands down The Best Trek Podcast out there. I have completed The Original Series, The Animated Series, the original cast films, The Next Generation, the TNG films and have just started Deep Space Nine. I have to say I was really surprised how much I enjoyed Insurrection, maybe not a great movie by some standards but a well done Trek story.

I  got another tattoo from my guy Dave at Steel Rod Tattoo: 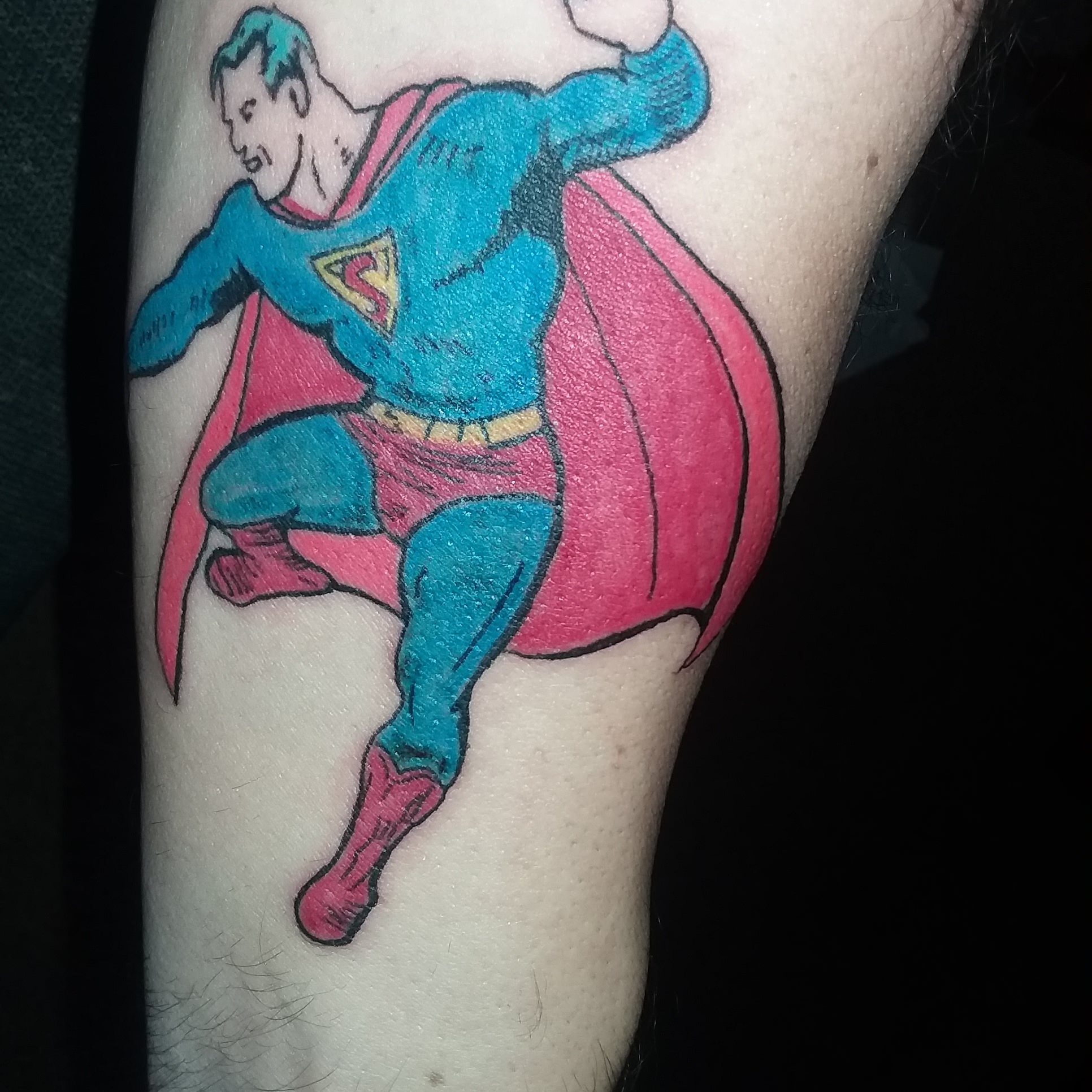 And for Spring Break I took the family to see Hamilton in Chicago: 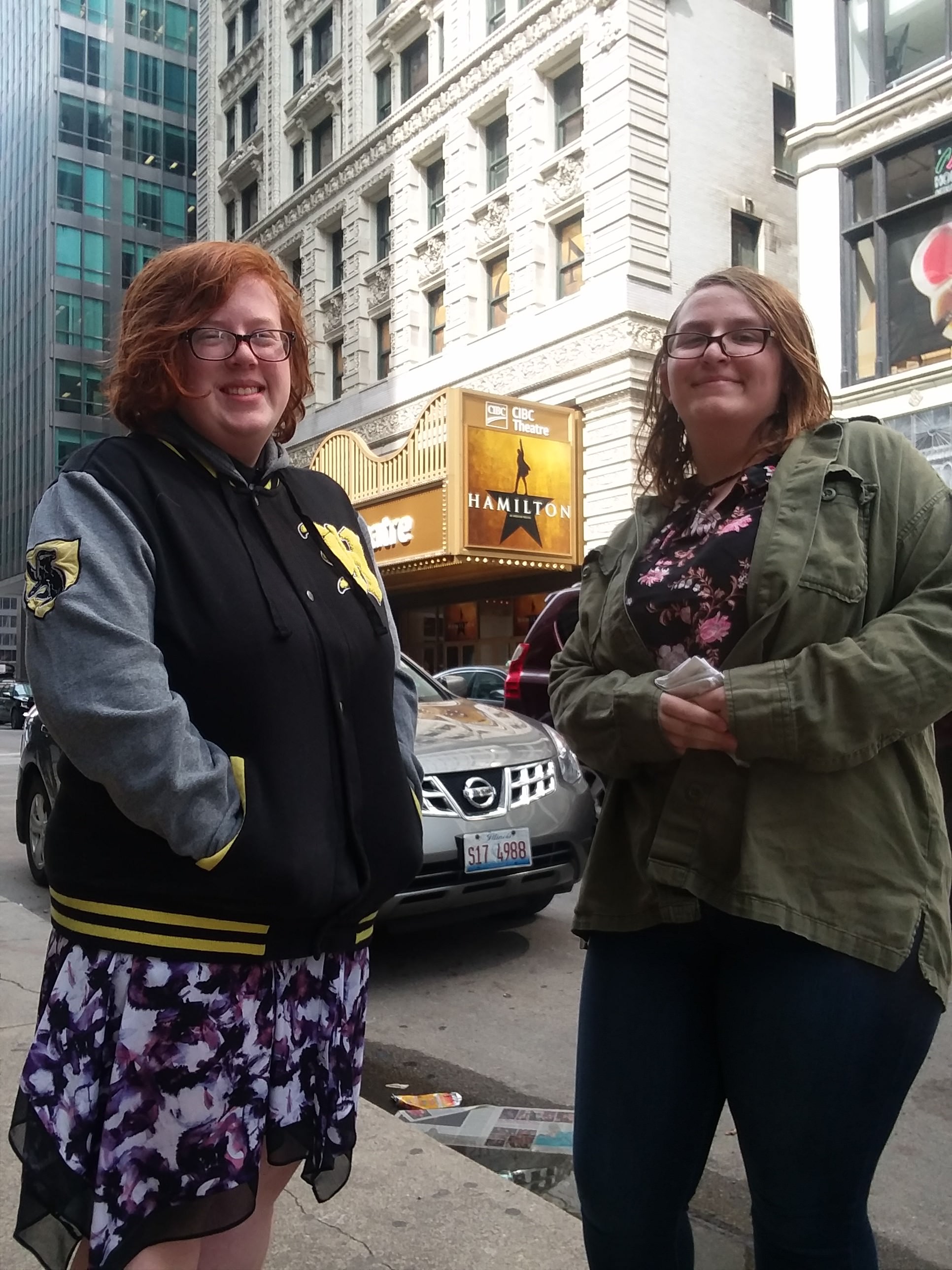 Me adorable and entirely too clever by far daughters.

While in Chicago I made it a point to drag everyone to Games Plus which they have the one booth at Gen Con that I make a point to go to Every Year. They are a grognard’s Island of Misfit Toys.

Now, after burying the lead…  There and Back Again: An Anthology of Travel and Gaming is on Kickstarter right now.

Jason Brick is a friend of mine, good writer, great gamer and a hell of a nice guy. I have never seen anyone more tolerant of opposing viewpoints and discussion. I met him at the Fear the Con gaming convention which is a part of the Fear the Boot podcast community.

Some of the contributor’s he is putting together for this are are: Eddy Webb, Mikey Mason (this guy performed our wedding!), Dan Repperger (of Fear the Boot) and meself among others.

I traveled extensively throughout the United States (and parts of C*N*D*) in my 20s in the 1990s, it is easier to tell you the states I haven’t been to than the ones I have.

A northerner in the south, a yankee, that was me and then I was a southerner in the north when I went to New England and Maine and all that.

Is the American Civil War still being fought or did it ever truly end? What is it like being not an outcast but an outsider? What happens when small town Indiana boy get exposed to transgender people in New Orleans? Driving a petulant Honda in New York City? Stumbling through a rattlesnake nest because one is too stupid to read the goddamned signs? Performing Christian sketch theater on a strip club stage in Vegas? Getting kicked out of the Warner Brothers Animation Studios top floor because the storyboards for Space Jam are everywhere? Is it even possible to drive from Los Angeles to Houston in two days?

Then how do you apply these experiences into your role playing games as either player or game master? Partly it is culture shock without leaving your home country, granted this great land of ours is Friggin’ Huge.

From sea to shining sea, from dystopian to the Alan Moore inspired swamps of the bayou; like the Johnny Cash song, “I’ve been everywhere man.”

That is what I am writing about, being s stranger in a strange land but that land is your land, that land is my land. And hopefully with less hyperbole.