If no one has figured it out yet, I like games; board games, card games, some collectible card games and especially role playing games. I do play some video game stuff, on a PC, sometimes a phone app and anything LEGO on consoles.

There is so much out there that it is hard to know where to begin and there is so much variety.  Over the past twenty years there has been a huge surge in board games, theys aints for little kids no more. Thank you Settlers of Catan.

If you want a great book on the history of board games go get It’s All a Game by Tristan Donovan. From the ancient Egyptian game Senet to Backgammon, Chess, Clue, Monopoly and even The Game of Life he covers it all in surprisingly fascinating detail. Surprising because the previously to me unknown backstory for these games is fascinating.

One of the Founding Fathers of Role Playing Games, Gary Gygax, once said that a player should go from playing RPGs to running RPGs to writing RPGS. That is more true than not and I have seen and continue to see it again and again.

Which I have had no recent progress into my G.I. Joe RPG idea but that is neither here nor there which is another definition for procrastination. Honestly, I have been busy but it should turn around soon.

The game that has really captured my imagination over the last couple of years is FIASCO by Jason Morningstar and published by Bullypulpit Games.

I haven’t played it as much as I would like to but that hasn’t stopped me from trying to write my own Playset.

A Playset in Fiasco world is a module of sorts, an outline of possible details to the overall plot, characters and story. In Fiasco you make it up as you go along, it is a little bit of that “hippy dippy” RPG thing.  There are dice used, d6s are rolled and from those results you chose the elements that make up your game.

Fiasco is usually very Pulp Fiction, heavy on the crime noir, Philip Marlowe would not be out of place in most Fiasco games. Like most Noir it can be boiled down to Bad People doing Bad Things for Bad Reasons.

That is what makes it really work, the setting could be anywhere. A small southern town with lots of secrets, a big mobbed up city in a Scorcese film, think of the movie Alien and set it on a spaceship. I think a Fiasco game could be inspired by the TV show Last Man On Earth or Downtown Abbey!

For that reason I have been inspired to write my Fiasco Playset titled: 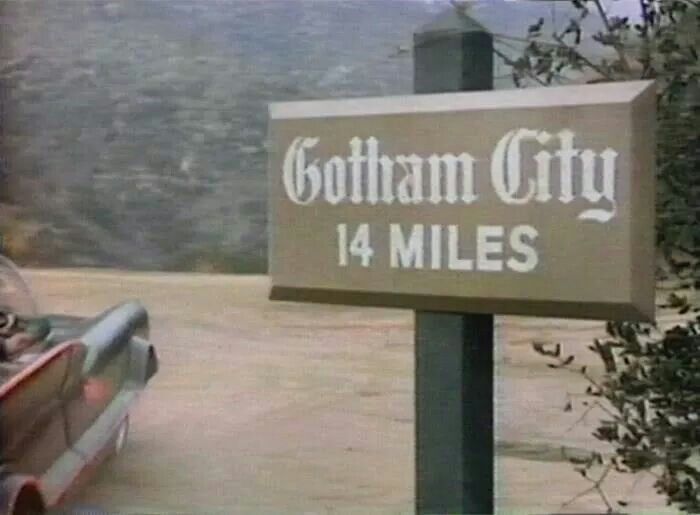 This Batman themed Fiasco is a work in progress and I will be updating this as I go and hopefully with some feedback. I make no claim to these characters or concepts, just the game idea:

Based upon characters and concepts from DC Comics.

The original intent of the Playset is for the theme of the game to be in the vein of the DC comic series Gotham Central which is an influence on the TV show Gotham.

Any genre of the Batman mythos should work; from the camp of Batman ‘66, the grit of Miller’s Dark Knight Returns, the realism of Nolan’s films, the cool of The Animated Series or some weird-ass mix of all of it which is probably what will happen during game play.

Other comic influenced setting that are very similar are the Marvel Netflix shows especially Daredevil, some of the grittier Spider-Man stories, Green Arrow (and the TV show Arrow), and of course Batman and related comic books such as Birds of Prey, Nightwing, and Gotham Academy.

The game should focus on characters such as a corrupt politicians, small time crooks, dirty business people, Bat-villain goons, honest or dishonest cops and how Batman and his allies (and villains) figure into the story of life in Gotham.

Since this is set in the world of Batman, and by some extension the DC Comics universe, there should be some fantastic elements to the story. They key word is “some,” resist going too over the top like having Superman or Wonder Woman swoop in and save the day or even The Flash. That said, this is Fiasco and however it plays out is how it goes. Some elements such as Mr. Freeze’s cold tech or Poison Ivy’s plant powers should be used but not abused, but again, whatever works.

5 Down and out in Crime Alley

6  “Where does he get those wonderful toys?”