I recently received a subscription to DC Universe and decided to give Titans a watch. This is not the Wolfman and Perez NEW Teen Titans that I grew up with and that’s okay. It is a gritty, realistic take on superheroes which I don’t mind but I am not always a fan of the grit and grime. I have an idea that the grit is part of the growth of these Titans characters and not a Zack Snyder take on the characters.

So not in the spirit of “Fuck Batman” I thought that I would take a look at FIVE Batman stories that are realistic-ish but don’t get hip deep into the grime.

Batman: The Long Halloween by Jeph Loeb and Tim Sale 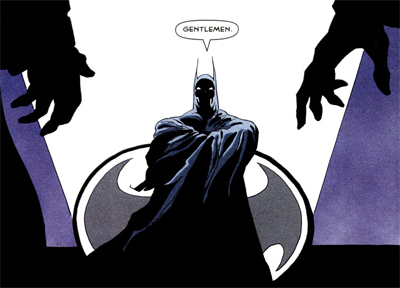 I recently described Superman For All Seasons (by the same creators) as what Superman would be like if it had art by Norman Rockwell. Same with this but maybe in Norm’s obscure Hieronymus Bosch phase.

Here is some love for Batman: The Animated Series and all that has come after. Marvel has had some hits in the cartoon area but nothing like DC and Warner Brothers have. Then again, how much did Black Panther and Avengers: Infinity War make in the cinemas? Moot point.

It is a perfect Bat-story, ignoring the origin of the two primary characters and focusing on Harley Quinn. This is the Original Harley in the red and black jumpsuit as voiced acted by Arlene Sorkin that the current Harley is inspired by. This is not going to degenerate into a wank about that but all of that current popularity over Harley starts here. 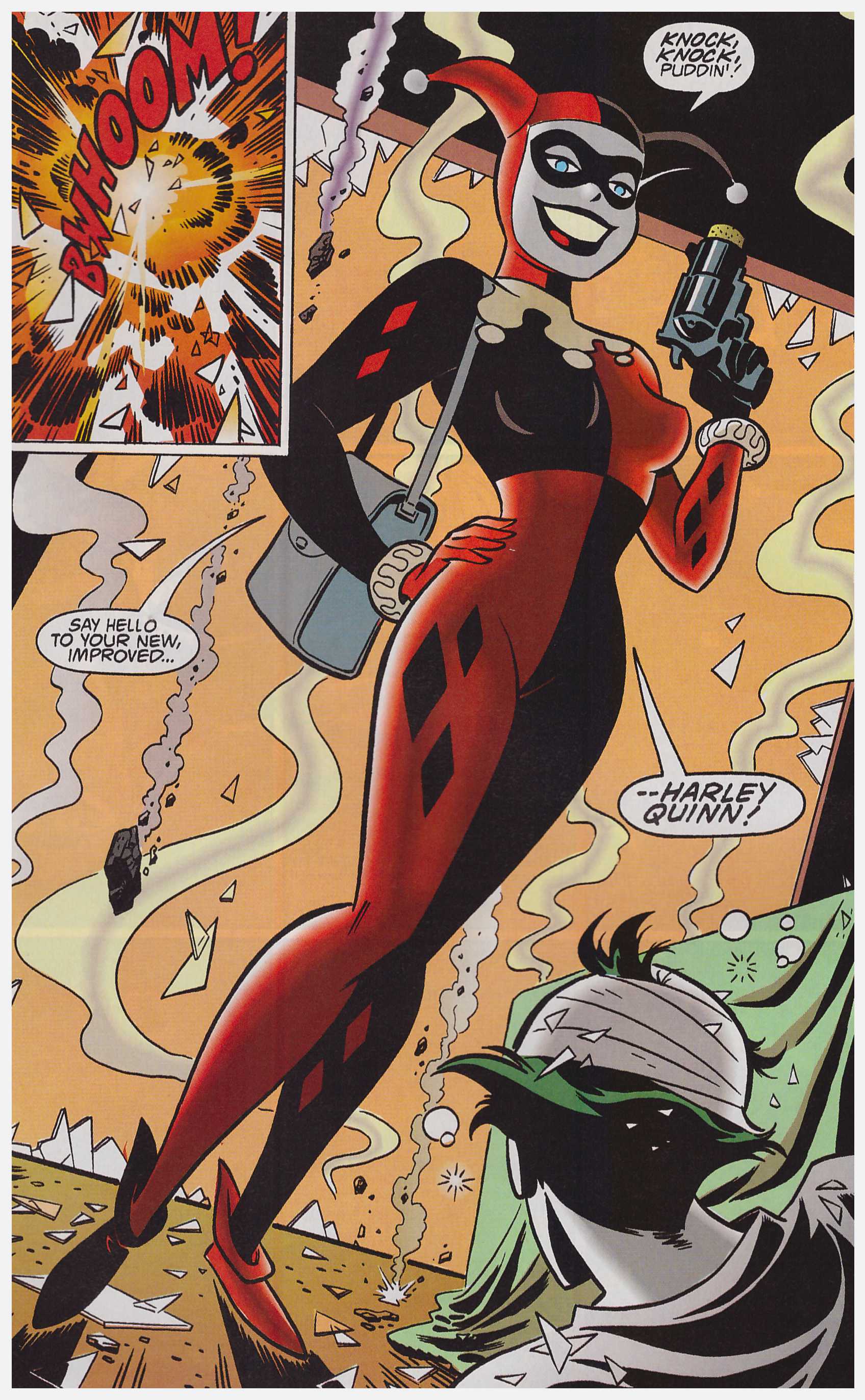 Batman: War On Crime by Paul Dini and Alex Ross

This is a core Bat-story, meaning Paul Dini and Alex Ross get to the core of Batman. The type of Batman as seen in Detective Comics #27. It’s all about his wits  and training and what would he really look like? How would people react to him? No glitz, no glamour, just BAT. 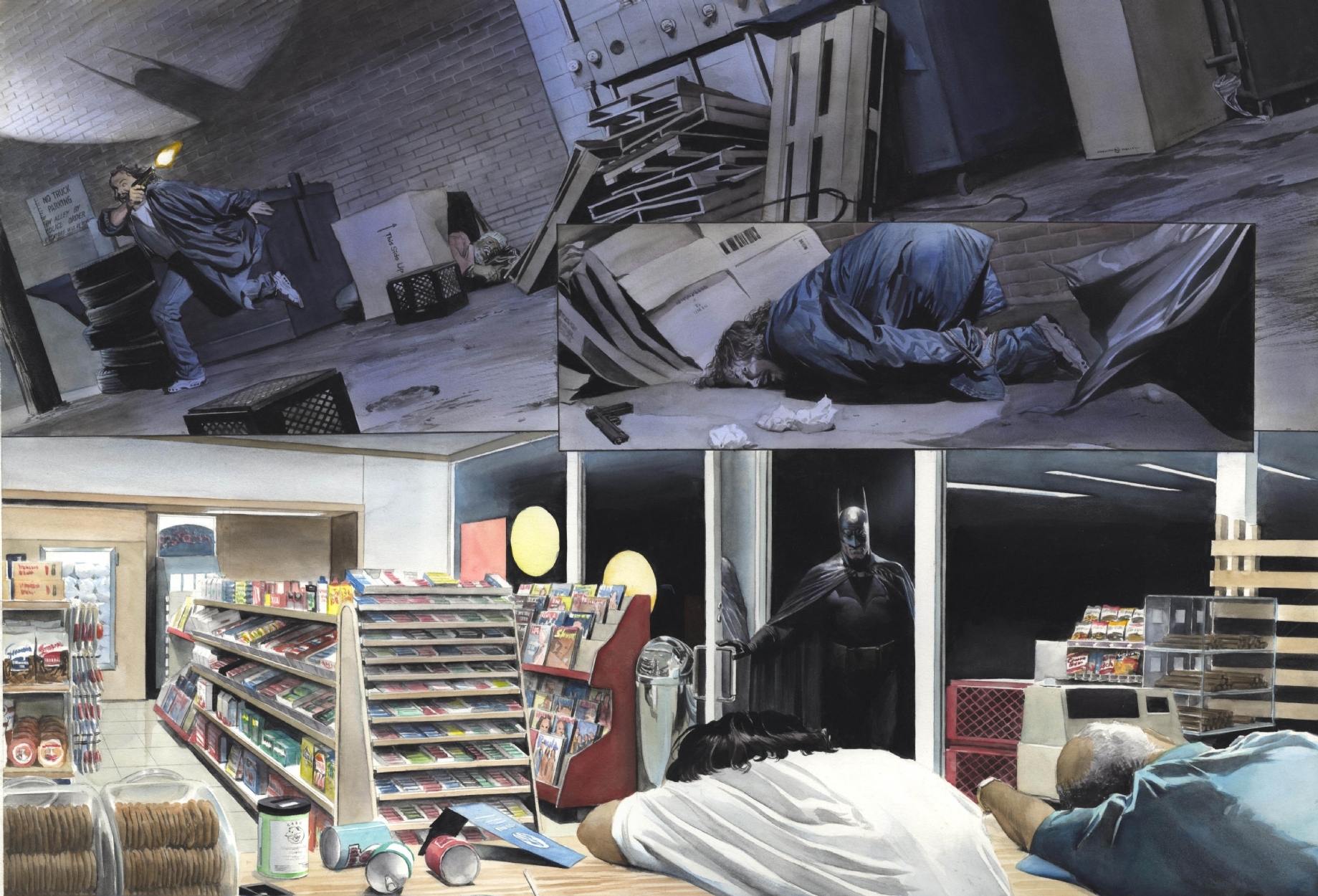 What if wasn’t quite so campy? That is what makes this work.

Brave and Bold #197, “The Autobiography of Bruce Wayne!” by Alan Brennert and Joe Staton

The only single issue floppy in the list, the story is one that DC Readers of a Certain Age will recognize as an “Earth Two” story. Earth Two being a parallel world where Superman first appeared in 1938, Batman in ’39; the same years that they were each respectfully published.

It is a team-up of Batman and Catwoman and is presented as a “Last Batman” story and it is wonderful, if only for the one scene when Bats has his shirt off so that Catwoman may treat his wounds and she sees how he has brutalized his body. Here is a really in-depth examination. 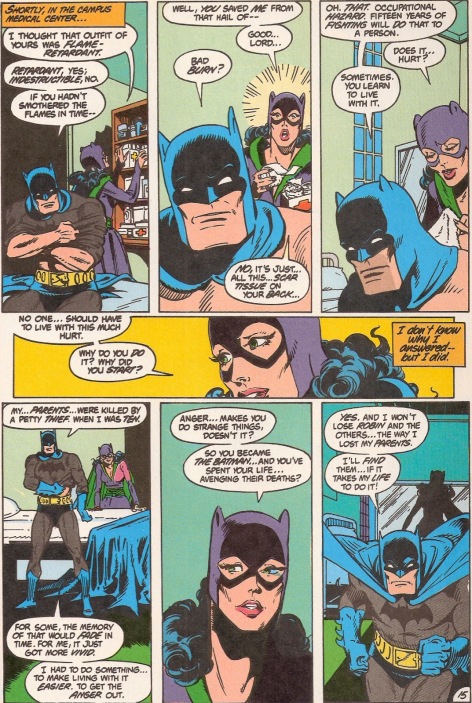 If you were disappointed with Tom King’s anti-climactic if realistic take on a Bruce Wayne and Selina Kyle wedding then go find this which has been reprinted a few times and inspired Alex Ross to paint a masterful treatment inspired from the aforementioned scene.